Love is a Revolution 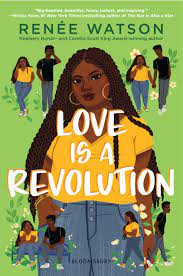 by Renee Watson Genre:  Realistic Fiction Nala and her cousin Imani have always been cousin-sister-friends.  Their relationship has changed though now that Nala has moved in with Imani's family fulltime.  Imani is super interested in the Harlem Inspire group and is always trying to get Nala to join their events.  Nala isn't really interested until she attends an event and meets Tye.  When Nala first meets him, she makes up a few things about herself to impress him.  Before she knows it, she has told him that she is a vegetarian and works at her grandmother's senior living home.  Nala is afraid that when Tye learns the truth about her, he won't like her, but the web of lies is getting to be a heavy burden to carry.
Post a Comment
Read more 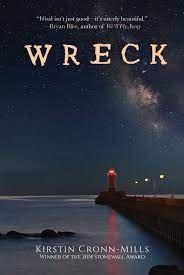 by Kirstin Cronn-Mills Genre:  Realistic Fiction Tobin Oliver is a wreck.  Her father has ALS and only has a short time left to live.  And the time that he has left is getting increasingly unpleasant as ALS robs him of his mind and his ability to do things. Her dad, Steve, was a paramedic and marathon runner and now he has to rely on his daughter and caregiver for everything.  Tobin's mom moved to Paris when she was very young and Tobin can't help but think about what her life will be like after her father dies.  She is determined to be there for her father until the very end, but she has no idea just how difficult that will turn out to be.
Post a Comment
Read more 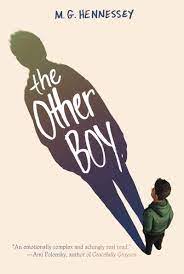 by M.G. Hennessey Genre:  Realistic Fiction 12 year old Shane just wants to be a regular boy.  He loves to play baseball and hang out with his best friend, Josh.  And lately, he has been noticing Madeline and thinks he might have a crush on her.  But Shane has a secret.  It is a secret that he isn't sure how people will handle and it could cause all of his friends to look at him differently.  When rumors start flying, Shane has to decide who he is ready to tell his real story to.
Post a Comment
Read more 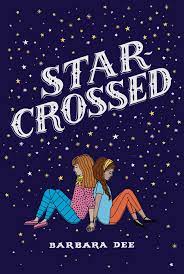 by Barbara Dee Genre:  Realistic Fiction The 8th graders can't believe it!  Their teacher, Mr. Torres, has decided that the 8th grade play for the year will be Romeo and Juliet.  For Mattie and her friends, Lucy and Tessa, it leads to much discussion about who should have which part.  Mattie decides on a small part while Lucy and Tessa want more important roles.  Gemma is cast as Juliet which Mattie thinks is fantastic, but Romeo is going to be played by Liam which everyone thinks is an odd choice.  When Liam struggles to learn his part, Mr. Torres asks Mattie to step in as his Shakespeare tutor which Mattie agrees to do because it means she can spend more time with Gemma, who seems to be, in Mattie's opinion, an amazing person.  A last minute emergency forces Mattie into the role of Romeo, opposite of Gemma in the role of Juliet.  Are the feelings that Mattie has towards Gemma all part of the play or is it something more?
Post a Comment
Read more

A Land of Permanent Goodbyes 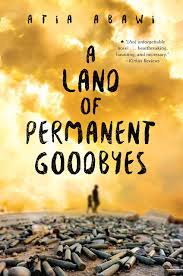 by Atia Abawi Genre: Realistic Fiction Tareq is living a happy life with his close knit family in Syria, but that life comes to an end the day that his mother and siblings are killed in a bombing.  Now his dad and his one remaining sister make the difficult choice to leave the only home they know in hopes of making a better life for themselves.  As refugees they have long days of travel from Syria to Turkey to Greece with the ultimate hope of making it to Germany.  Their journey will be full of tragedy, but ultimately courage and bravery will need to prevail if Tareq is able to get the happy ending that he deserves.
Post a Comment
Read more

The Boys in the Back Row 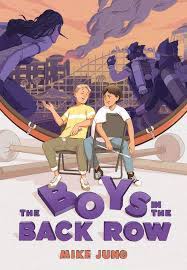 by Mike Jung Genre:  Realistic Fiction Matt and Eric are best friends.  They love band, comics, and hanging out with each other.  On the first day of school, they learn that the marching band has been invited to perform at the World of Amazement band competition in the spring.  Matt has recently decided to switch from piccolo to drums so that kids will stop picking on him and so he can spend more time with Eric in the percussion section.  When he and Eric learn that their favorite comic creator, Jonah Burns, will be attending the DefenderCon just blocks from the World of Amazement on the same day they will be there, a plan is hatched to ensure that they get to have a grand adventure.  However, in the process of their planning, they must deal with a bully who is determined to ruin their master scheme.
Post a Comment
Read more 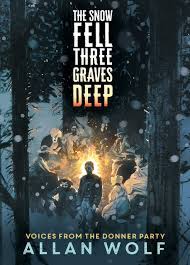 by Allan Wolf Genre:  Historical Fiction Hunger is following the Donner Party as they make their way through the Sierra Nevada mountain range during the winter of 1846-47.  The snow has come, the mountain passes are closed, and hunger is now their main enemy.  Parents are forced to make difficult choices.  Do they go with the rescue parties or stay where they are and try to survive the long winter?  No decision is easy and each will have life altering consequences.
Post a Comment
Read more
More posts

Mrs. Malecha
Welcome to my book blog! I am a huge fan of Young Adult and Children's literature and am never found anywhere without a book. Check my blogs to see what I've finished reading lately.